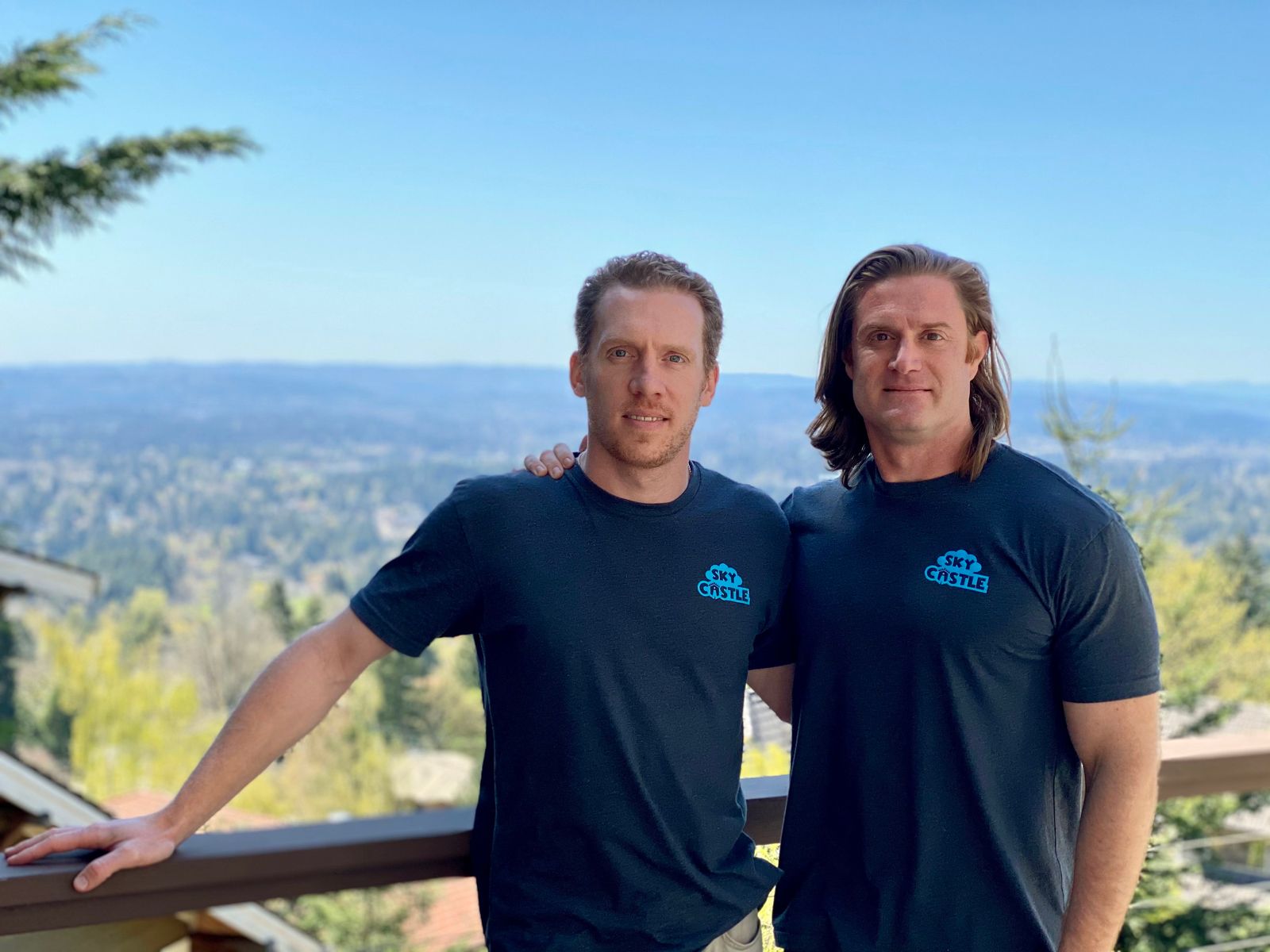 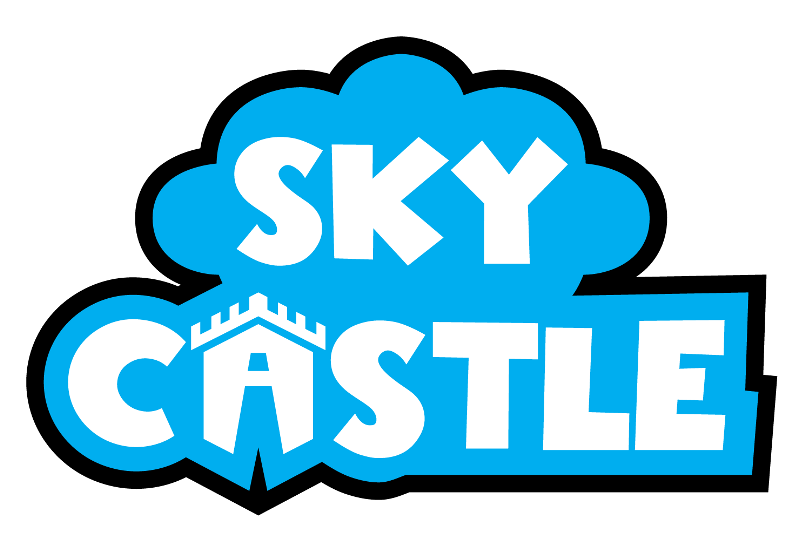 Sky Castle Toys™ (www.SkyCastleToys.com) was founded by Lev Nelson and Josh Loerzel in August 2020 in the midst of the global pandemic. The long-time friends and coworkers took the leap to starting a toy company, a dream they had shared and discussed for years. The name "Sky Castle" is actually an ode to Josh's house where he and Lev lived in the Pacific Northwest mountains of Oregon during their time working at Zing. It was there that the dream of building a company together blossomed and has now become a reality.

They set out to build a company on three basic principles: innovation, integrity and entertainment. They also knew the key to success in the toy industry was appreciating the maxim: “You’re only as good as your next best idea.” A constant flow of disruptive toy ideas, ideally based on popular trends, would be their foundation for long-term success. “Early on, we knew we had to be dedicated to delivering WOW moments for kids and parents that are irresistible to play again and share with friends,” said Lev. Josh and Lev also see integrity as core to their vision and mission. From their experience in the industry, they both understood how important it is to build relationships for the long-term.

Finally, entertainment was always at the heart of every toy brand they had previously launched. So the partners knew that understanding how to entertain consumers was just as important as the toys themselves.

This vision was years in the making. The partners originally met working on the Zing brand of toys, an outdoor toy company based in Hong Kong with offices in Portland, Oregon. There they helped develop and launch award-winning brands like Stikbot, Wet Head, Glove-A-Bubble and others. After five years of sales at Zing, Lev left to become a marketing consultant specializing in branding and digital advertising for toy companies. He helped various clients build and launch brands, among them Tony Hawk Box Boarders, Bill Nye’s VR Science Kit and more. Josh brings 15 years toy industry sales and marketing experience, including stints at Monkey Business Sports, Zing, YULU and Hog Wild Toys. Valuable lessons were learned from these experiences and have been very helpful to the founders over the course of their first startup year launching LetsGlow Studio™, their debut line. 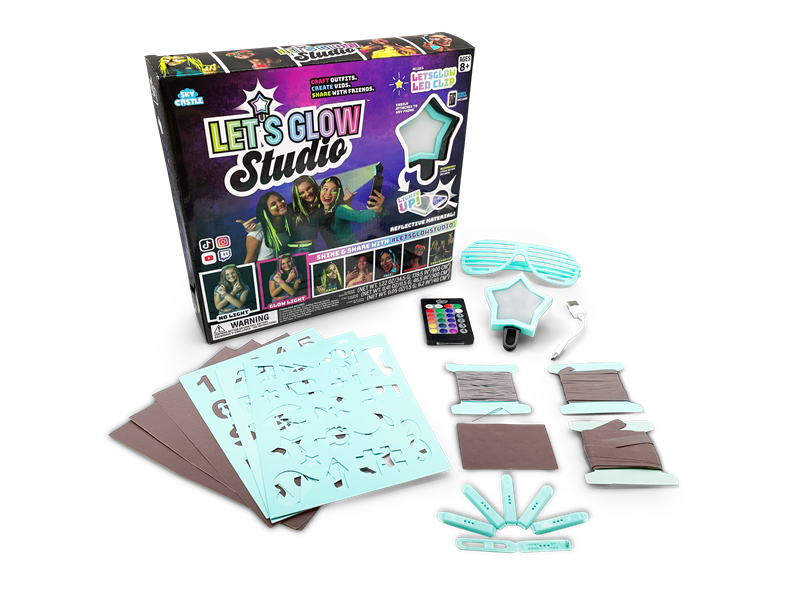 LetsGlow Studio is a crafting kit of reflective fashion accessories that kids can wear to light up their photos, videos or live streams — without an app! This line was developed by Lev after being inspired by his father’s original invention, Cyber Fire, once licensed to Hasbro under their Nerf line FireVision. Webb Nelson discovered that wearing LED glasses and facing towards reflective material would cause the material to light up as if powered by LEDs. After some success with the patented line in the outdoor category, the concept was dormant until Lev had a late-night brainstorm. He immediately went to his garage to test out wearing the material with a light behind his selfie camera. . . and LetsGlow Studio was born. 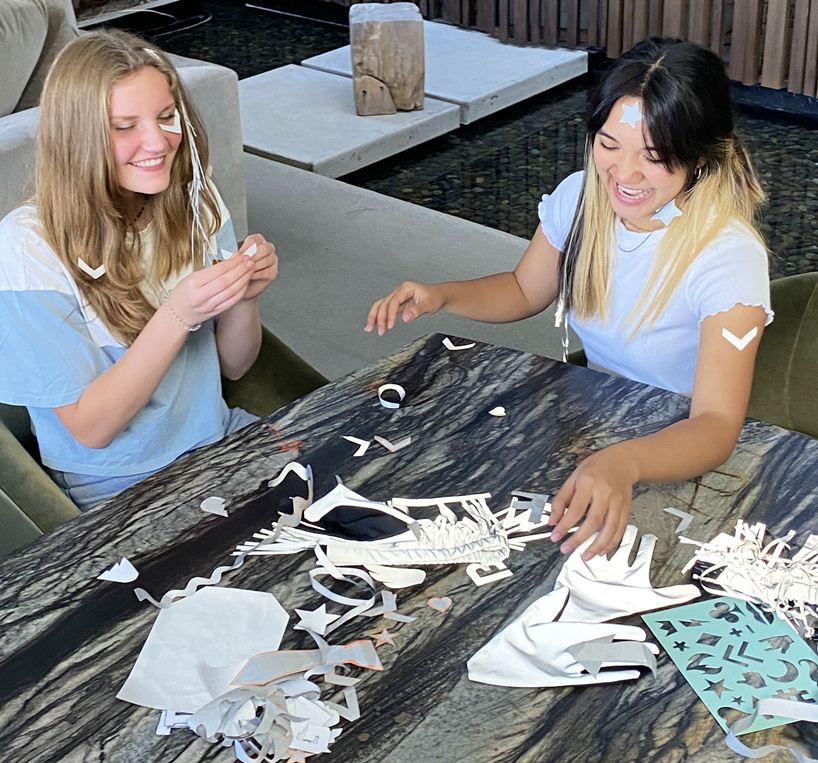 In most cases, launching a toy company during a pandemic would be a terrible idea. So many products in this industry require people to touch, feel and see the items in-person, and none of this was possible. However for LetsGlow Studio, virtual meetings actually proved to be the perfect way to demo the product. The play pattern is ideal for live streaming, which is essentially what virtual calls are. By positioning the LED clip behind the computer’s camera, Lev and Josh were able to easily demonstrate the dramatic effect of the technology. 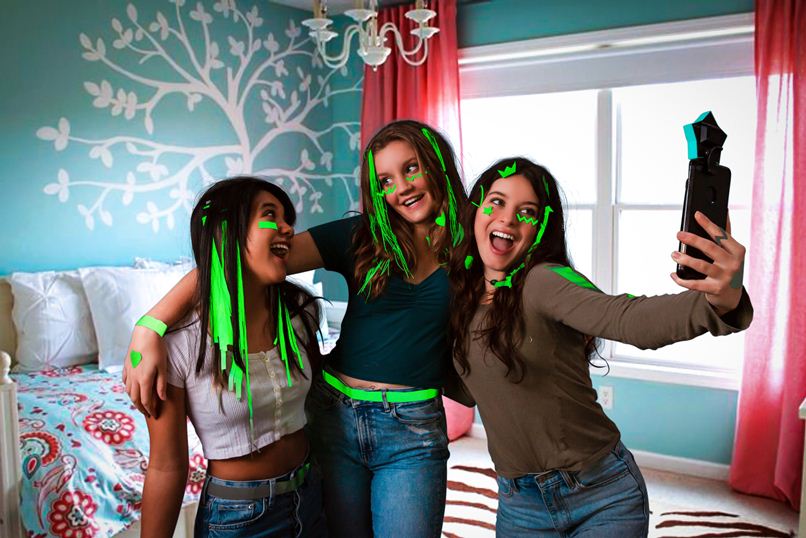 LetsGlow Studio was serendipitously developed parallel to the explosion of Tik Tok’s now famous music-synced dances and the “glow up” phenomenon, which is essentially making ‘influencers’ out of everyone from celebs to moms to the babysitter!

“We’re extremely thankful for all the relationships we’ve cultivated over the years which have allowed us to develop and launch LetsGlow Studio,” said Lev. He particularly points to amazing partners like GameOn (international rep group), License2Play (US distributor), Freeman Public Relations, and TMAX, their A-Z sourcing and fulfillment agency covering their Hong Kong and Chinese operations.

Sky Castle Toys will launch LetsGlow Studio this July.  By the end of its inaugural year, the line will be for sale in over 25 countries worldwide. And of course, they are feverishly working on disrupting new categories and leveraging the next big trend for their 2022 lines.