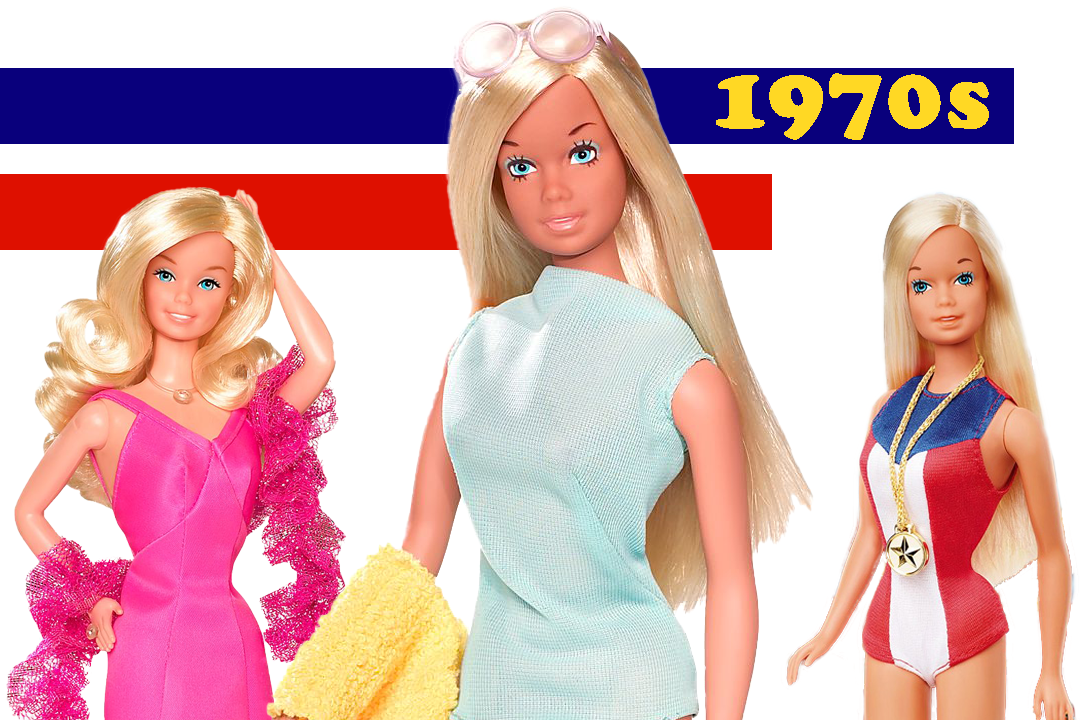 The ‘70s were a decade of big changes for Barbie, with new faces, hair play features, and, of course, new fashions! I’ve created a list of the most iconic Barbie dolls from the ‘70s you might have heard of — maybe you even own a few!

Perhaps the most romantic of the gimmick Barbie dolls, Kissing Barbie from 1979 would pucker up her lips and make a kissing noise when the button on her back was pressed. Aldo Favelli, a Mattel sculptor who worked on the project, called it a “little nightmare” to work on. The doll was also supposed to make a kissing sound when the button was pressed, and it reportedly took many hours of work to get it to not sound like a cricket. (Photo: Mattel)

Returning to her roots as a fashion model, 1978’s Fashion Photo Barbie gave kids a taste of the glamour of a model shoot. Barbie was sold with a stand that allowed her to pose with the click of a remote control camera. Barbie used the new Superstar head mold and came with mix and match pieces to create a variety of outfits. Fashion Photo Christie and PJ dolls were also available. (Photo: Mattel)

Ballerina Barbie doll from 1976 was the first doll in the Barbie line specifically created as a ballerina. She had a special mechanism in her body that allowed her to lift a leg when her body was bent forward or backward. This mechanism made Barbie and her friend Cara very delicate, and many of these ballerina dolls’ limbs have fallen off as they age. These dolls have very lovely faces and are some of the last U.S. releases to use the TNT face sculpt (the popular Superstar face would debut in 1977). (Photo: Mattel)

One of the most infamous dolls in the Barbie line, Growing Up Skipper’s gimmick was a creative one. When a child twisted her arm, she grew ¾ of an inch and developed a bust. Although creatively marketed (“She’s 2 dolls in 1!”), Growing Up Skipper was not popular with parents, who considered a doll who went through puberty “inappropriate.” The doll was not a huge seller, making her harder to find on the secondary market. Mattel also released a friend for Skipper, Growing Up Ginger, who used the same gimmick and is even rarer. (Photo: Mattel)

As the world was preparing for the 1976 Summer Olympics in Montreal, Mattel released Gold Medal Barbie and friends in 1975 to capitalize on the growing interest in sports. Gold Medal Barbie was a redressed Malibu Barbie with a red, white, and blue swimsuit. She also came with a gold medal. A variety of dolls depicting other Olympic sports were produced in the line, such as gymnastics, skiing, and figure skating. Some of the more difficult-to-find dolls in the line are foreign-issue dolls with variant swimsuits to represent the country they were sold in. (Photo: Reproduction doll, courtesy of Mattel) 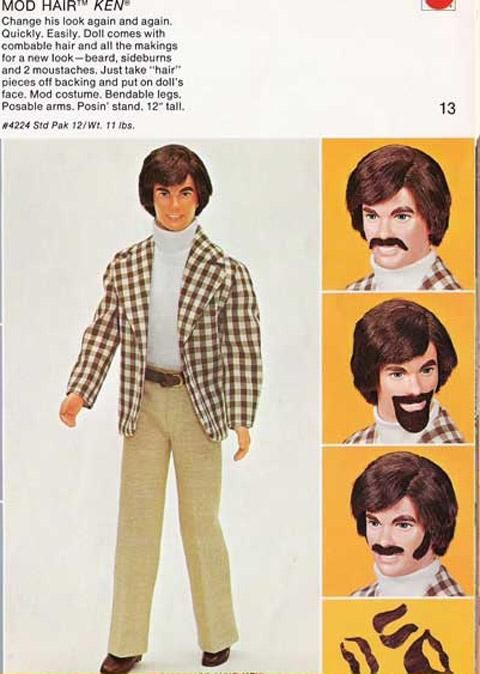 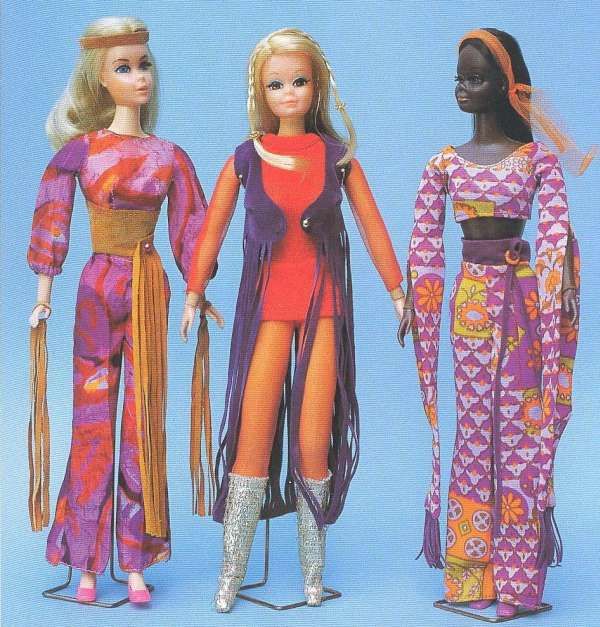 Introduced in 1971, Malibu Barbie marks the start of Barbie’s image as a blonde, tanned California girl. Using the Stacey head mold for the first time with wide blue eyes and tanned skin, Malibu Barbie was an immediate hit. The original doll with a blue swimsuit was produced through 1974, and later versions with different suit styles were produced after that. The Sun Set Malibu line established a beach line as a standard for Barbie, and Mattel continues to release beach dolls to this day. (Photo: Mattel)

Debuting in 1977, SuperStar Barbie became the face of Barbie through the late ‘90s — quite literally! The Superstar mold was used on most Barbie dolls produced up until the introduction of the Generation Girl face mold. SuperStar Barbie herself is also quite iconic; she was a stark contrast from the laid-back, beachy feel of Malibu Barbie in the early and mid-’70s. SuperStar Barbie was all about high fashion, fame, and glamour! (Photo: Mattel) 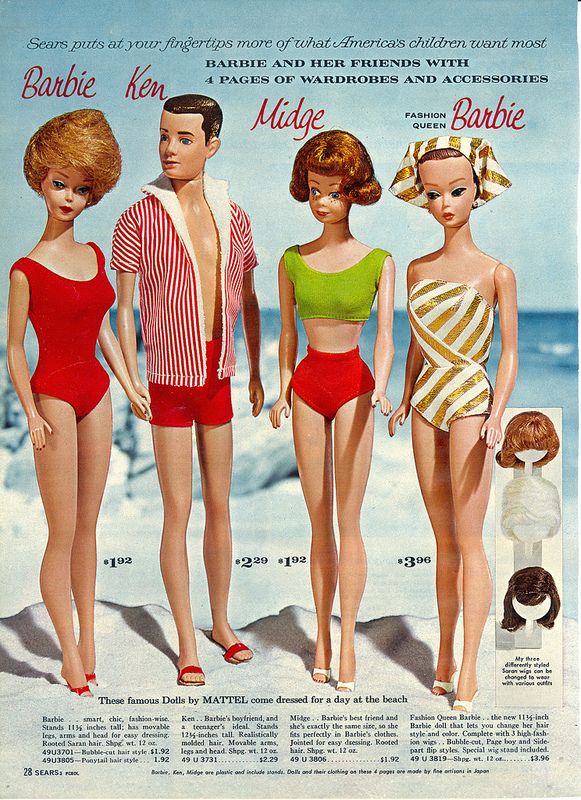 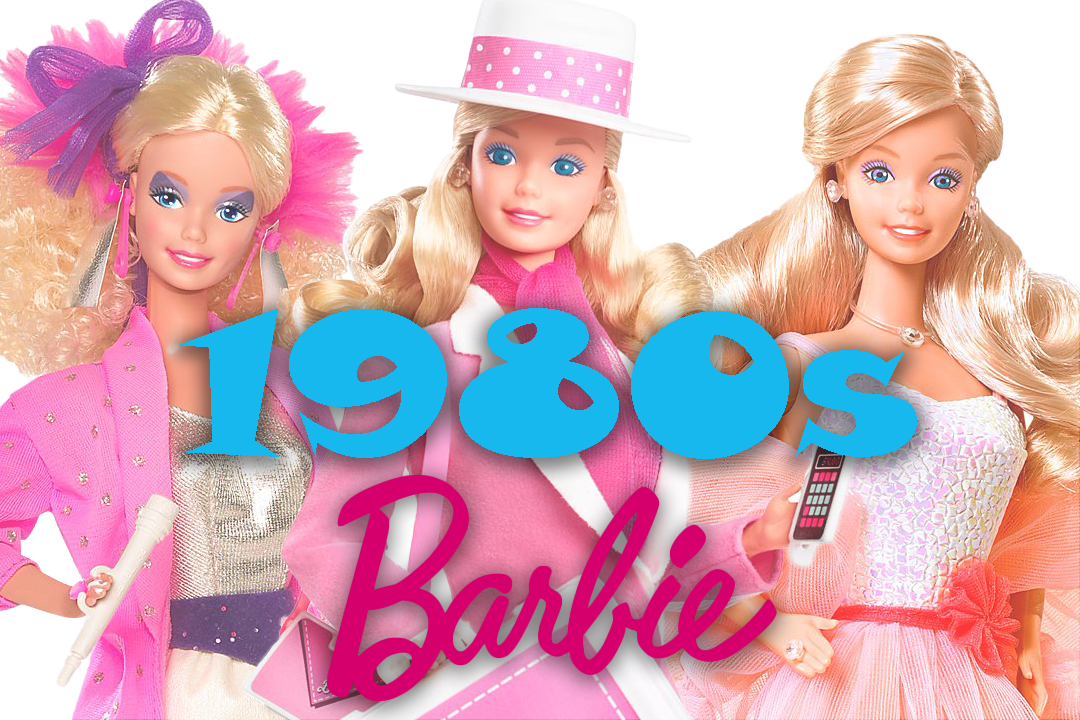